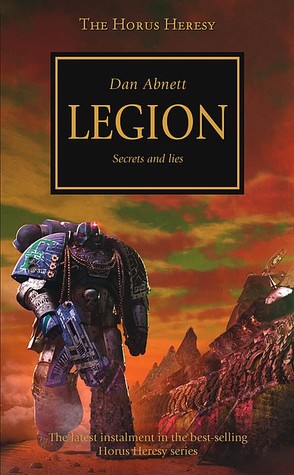 I don’t know if I have the words to say how much I loved reading this book. I could not put it down. Admittedly, there have been a few in the series that have been like this for me. After Descent of Angels I was a bit worried the series might be falling off. I had nothing to worry about because this little gem of a book followed it up.

It is the first that features the Imperial Guard being the focus of the novel rather than the Space Marines and their Primarchs. The story begins with a torture scene and then details the events that lead up to that moment.

The plot in the book twists and turns in masterful loops and I did not see the ending turning out the way it did. There were a few key elements that I did manage to figure out but man, I did not expect the ending to do what it did. It is a real credit to Abnett, who told the tale masterfully well without giving away everything too early. It never felt as if it dragged and the pace was as punchy as I have come to expect from this series.

The characters within the story are well written and are not cardboard cut outs or cliche ridden fools. they each play their part well and come off as well rounded individuals. Not a single person in the novel annoyed me, though I did get a bit angry with some, it was for well motivated reasons rather them being badly written. I genuinely cared about how the characters acted and what happened to them too and after Istsvan III, (There were tears and ice-cream) I have been most reluctant to do so.

There was only one point that was a bit abrupt, which was towards the end. I won’t go into details because spoilers but it felt as though it was a rush at the end and a neat tie off rather than an actual ending. It just read as forced which was a shame.

That said, it did not spoil the rest of this amazing novel for me. I really look forward to reading the next one in the series and hope it is as pacy as this one!