Now that the finishing work hype has worn off, I have had some time to get into the painting room and get on with some of the diorama. Time is certainly ticking and I know I have a long, long way to go before it will be even remotely ready.

I wanted to share where I am up to so far however. I have started to work on the Black Legion marines first of all. I started with the Night Lord body and claws, as he was the most together and you have to start somewhere. 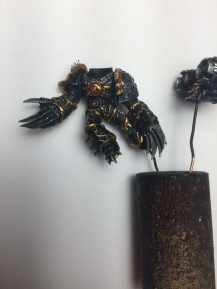 He also now has a head, which is the last part of him that needs finishing off.

I have also made a start on the Noise Marine. I am very pleased with how he has gone so far. I tried out some neon paint that I had picked up to add some flair to his helmet. Just because he is in the Black Legion, doesn’t mean that he cannot have a wicked plume of hair. Now, the texture of the paint itself was sticky and not the easiest to work with, and the effect is not quite as vibrant as I wanted, I still like what it looks like. 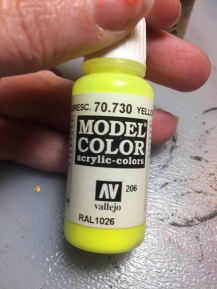 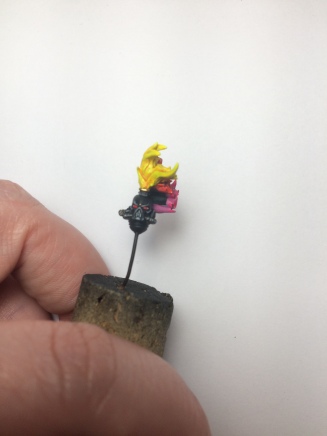 Just a few miniatures to go…