All of us, at some point in our time as miniature hobbiests, have bought or painted a model that has not been to our standard. It leaves us with the choice of what to use to remove the paint so we can start again on the miniature.

Yesterday, I worked on an old metal Mephiston who I was presented with. Unfortunately, I neglected to take a picture of what he looked like before I got to work but I can describe him. You couldn’t see any details on the miniature. Mephiston has some very intricate musculature carved into his armour, you couldn’t see that either. The paint was caked on, and caked on thick!

I had two product options. One was Biostrip, the other Paint Killer by Scale 75. I started with the Biostrip, which looks like PVA glue. The miniature was pretty bad, so I put him in a bath of it for about 40 minutes. 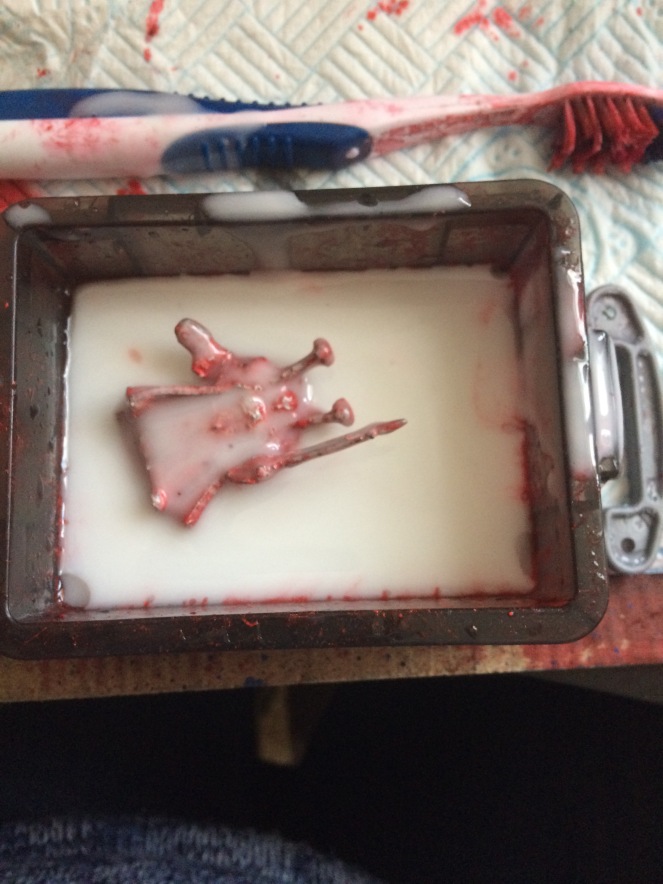 I scrubbed him with a toothbrush (an old one!) and some of the details began to show through. I then repeated the process and low and behold, there was some of the metal! Oh my.

It wasn’t enough though, he was still covered in the thick paint, so I moved on to Paint Killer. Now, Paint Killer is not odorless, so I had to stick the extractor for the airbrush on while I did this. Smelled like surgial spirit and it was strong.

Again, I left Mephiston to sit in this potent liquid (good job he is a Space Marine) for a good soak. 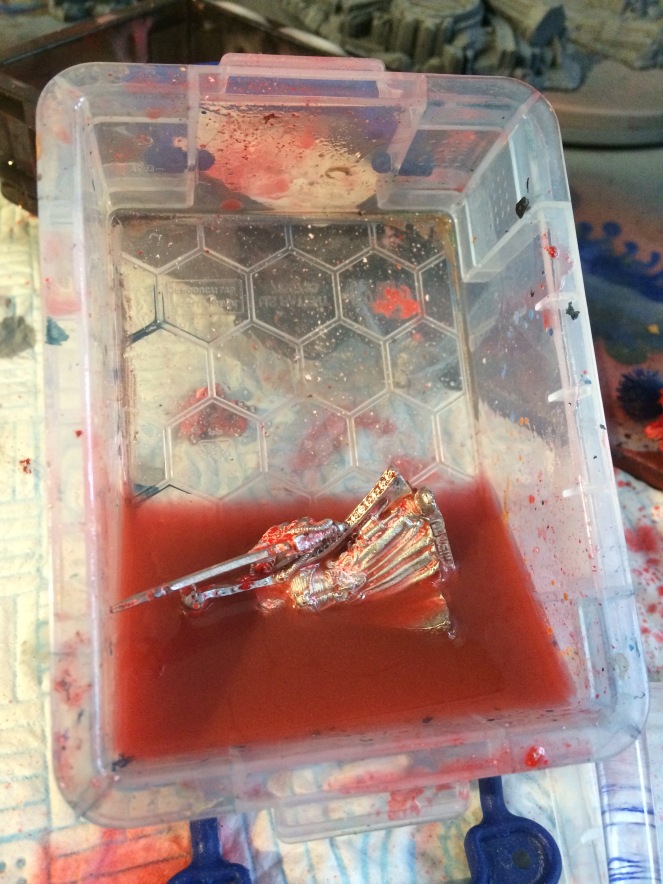 To get into all the hard to reach areas, I used a hard bristled brush with trimmed bristles. After that, I switched to a tooth pick and then a pin, to get out the last little bits. It worked though and the effort paid off. Look at how shiny he is now!

His power pack will be replaced. It was plastic and instead of striping it, I will just get a new one. He does need a base as well, so I wil be strimming off the strip of metal at the bottom and attaching him to an appropriately sized one before painting him. I think I will probably keep him as well, he can go and pull faces at Abaddon the Despoiler through the glass while the Ultramarines keep an eye on him.