I finally finished this guy! What a fun miniature he was to work on as well. He fell into my basket at Element Games and I couldn’t be bothered to put him back on the shelf. I thought he looked pretty cool, though I had no idea who he was at the time. I wanted to try creating a lava effect on his wings and so tried a technique out that I wasn’t sure whether it would work or not: 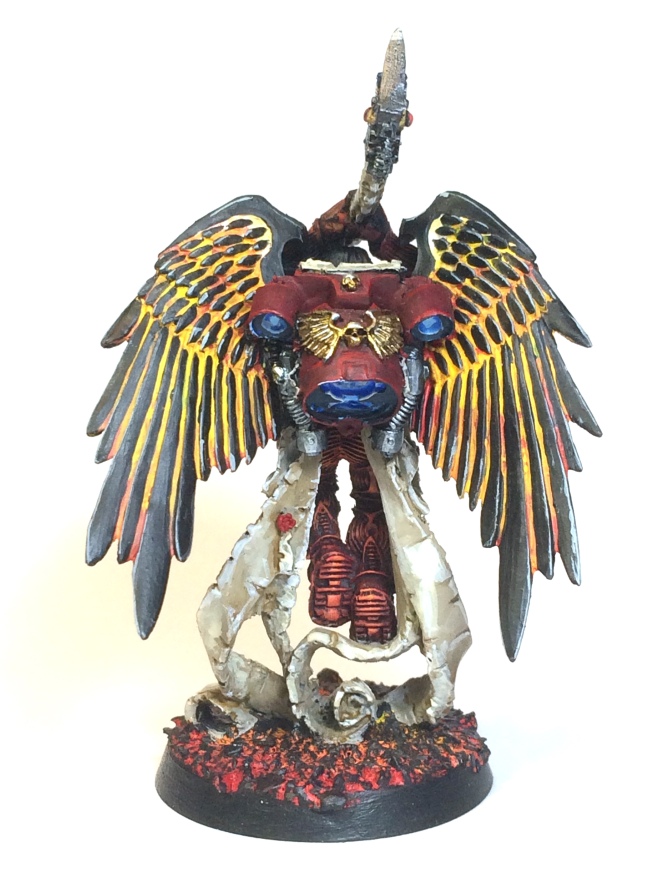 I am not convinced this is the best I could do, but I think it looks alright for a first try. I got the idea from one of the Mephiston short stories – he creates lava wings to go fight a daemon or something like that – and want to recreate that scene in a diorama (more on that later). I did try and make some lava drops out of UHU Glue but they looked terrible so I didn’t bother with them.

For now though, I am pleased with this guy and learned a great deal while painting him too!

4 thoughts on “Astorath the Grim!”