Earlier this month, I did a hobby audit to see where I thought my skills were in relation to some techniques. It helped me highlight areas I thought I needed to practice at and how to work on boosting those numbers. One of the areas was skin tones and included in that was faces.

While on the Siege Studio course, there was a large section dedicated to this, so I dug out my notes and have prepared several heads to practice what I have written down.

To start with, I pulled out all the heads from Space Marines who do not have helmets on. I have rather a lot of these, which is great! I then glued them to cuts of used sprue and undercoated them: 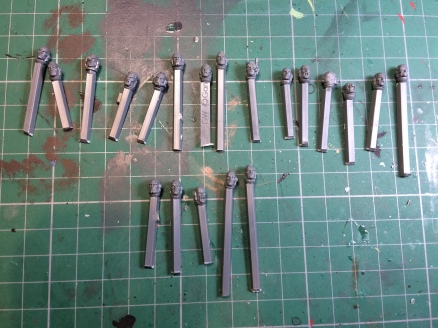 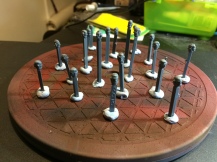 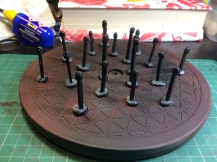 The next task was using the airbrush and the notes I have taken to ceate the basic skin tone. The base is Cadian Flesh, followed by Kislev Flesh and then a light dusting of Flayed One Flesh for those interested.

I now have enough heads to do one a day for the next few weeks. I plan to post my ‘daily head’ on twitter and then do a post at the end of the tub to see whether I have improved or not. I hope so for sure. I then might start experimenting with darker skin tones and seeing how that goes. Until then, let the Daily Head commence!

One thought on “Heads on Spikes!”